Dear blog o sorts,
Speaking of sorting, how do you sort out what is "art" and what is not? You commit the subtle yet radical act of caring enough about a small visual thing that comes upon you:

These two images sited by Susan Needleman:
This scrappy high contrast moment makes the Art Ranger want everyone to read this article:

Please take the time to wonder and be amazed and disgusted and informed by our financial "system". 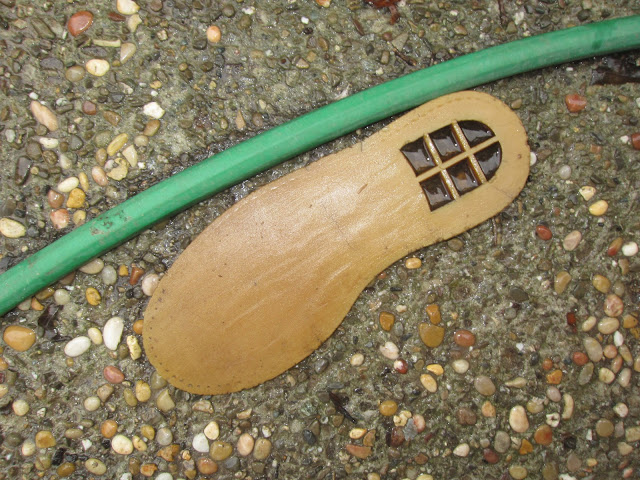 That's all for now..... what's in your now? or wow? send to FAF@homelandinspiration.org
Posted by Artist At Large at 10:59 PM No comments:

Dear Blogosports,
We're back, after chewing the fat on Lance Armstrong and rendering it.  The artist has to stop to draw things or take their picture in order to try to understand them. To keep moving.
You can forget we're on earth for a second.  Are you sure that is not your laser pen Julian?
Just a spoonful of sunset please.

Now some recent images from Jim Lindenthal, often our bird specialist based in Pacific Grove:
We are glad about the play of colors on bird and lichen and the actual lack of yellow rump. Bird names are treasures.
Now how is it that one image can just instantly go click and remind you of another image stored in your head?
Which immediately takes Art Ranger to this:
Have a fruitful week and don't hesitate to be slightly moved by what's right over there. Varied images very welcome at FAF@homelandinspiration.org.

Posted by Artist At Large at 9:00 PM No comments:

Email ThisBlogThis!Share to TwitterShare to FacebookShare to Pinterest
Labels: art right where you are